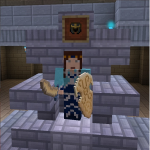 Hello! My name is Filip and i live in beautiful Sweden.

As a lover of Tolkien, History and Languages, i have studied MANY texts both Tolkien-canon and fan-made, exploring all possible areas of Tolkien's Universe. 2013 I started with my Quenya( Tolkien's most completed constructed language) studies and have since become somewhat good at it, I just need to learn more words( i have to look up dictionaries all the time). One thing that i love about Tolkien is this: "Tolkien considered languages inseparable from the mythology associated with them" - Taken from Wikipedia. This is lacking in other constructed languages like: Esperanto. And also, I love that Tolkien's languages are not only simple constructed languages, but the words are scientifically derived from stems, they have history, they have a mythology, they had people who used them and most of all, they evolved over time and changed, just like a normal language does over time! NO other constructed language has achieved this level of "naturallity" and that is why i love Tolkiens'!

On the Official LOTR Mod Server: I am a High-Elf, because i've always loved elves the most of all "fantasy-creatures" ever (i think its partly the purity). And i'm a High-Elf because during my Tolkien-studies i discovered that the description of the Noldor matches my personality, skills and looks the most and also, I did a personality test one time which told me the same thing that my astute knowledge had already figured out :D. I Joined the server Sep 28 2014, while my fiancée joined on the 30th.

I was engaged, til she left me. And also, my ex playes on the Server, SinzPet and Valetty are our names.

Retrieved from "https://the-official-lotrmod-server-player.fandom.com/wiki/User:SinzPet?oldid=18683"
Community content is available under CC-BY-SA unless otherwise noted.