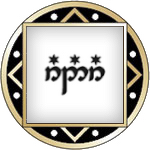 Hello! I'm Lukas, steward of Gondor during the reign of Prof_Aronnax, 13th King of Gondor and Dol Amroth.

Contrary to many of the higher ranking people on this server, I have not been here very long. I joined TOS in December 2019, and immediately started making my way to Gondor. During my journey I was helped by many different people, and many of those I talked to expected me to join an evil faction.

When I got to Gondor the first fiefdom I joined was Lossarnach. I had no idea which one to join and so I decided to join that one, mainly because of Creatorbros3. However I would spend most of my time in Anórien, and soon after I started making designs of my own for Osgiliath, one of my favorite cities in LOTR. In a while, Gondhir, the 13th King of Gondor and Dol Amroth, took notice of my interest in Osgiliath, and recommended me to switch fiefdoms to Ithilien.

I immediately started working on Osgiliath, and because of my work on the city I was soon promoted to Noble and then Lord of Ithilien.

When Gondhir abdicated the throne, nobody knew who should replace Prof_Aronnax as steward. Most of the other alternatives were from Dol Amroth, which was problematic because of how the Inner Council is supposed to work. As such I was recommended to the position as Steward of Gondor, which I then became.

Retrieved from "https://the-official-lotrmod-server-player.fandom.com/wiki/User:Destruchtor?oldid=36499"
Community content is available under CC-BY-SA unless otherwise noted.